Calls Events
Edition
ECOSS CYCLE / THE TRADITION THAT RUNS THROUGH US 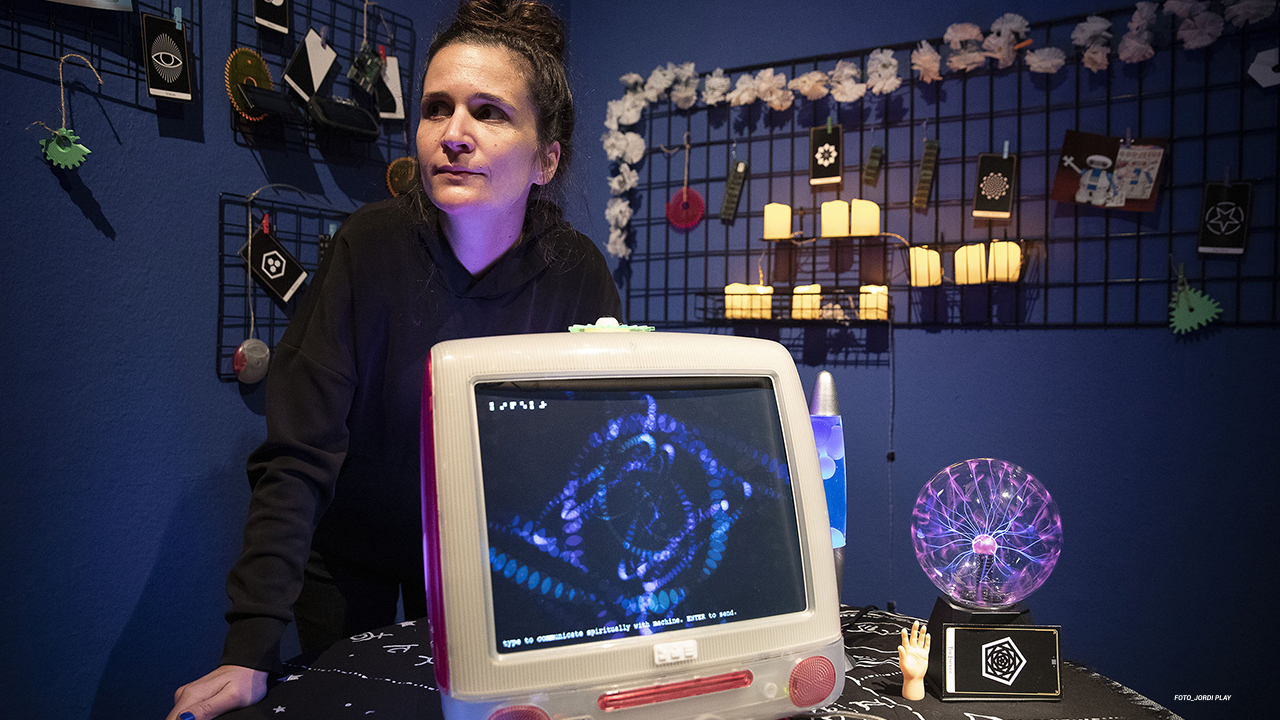 FUTURISTIC FICTION PROJECT ON THE CONCEPT OF ARTIFICIAL SPIRITUALITY

Metamàquina is a futuristic fiction project, which offers a space for collective reflection on the concept of artificial spirituality. Artificial spirituality refers to the possibility that, in the speculative framework of post-singularity, conscious machines will experience a need similar to human spirituality, understood as the experience of communion with beings superior or alien to oneself.

Spiritual experiences are very difficult to share per se, since they develop within each individual’s own ‘private’ consciousness. However, related sensations are often described among those who have experienced similar spiritual situations. Under this premise, the question arises as to whether the spiritual plane is the only space where we can truly share private experiences between humans or cross-species hybrids. If we look at the human-nature or human-God/cosmos/energy/other dimensions field of relationship, we have culturally accepted that this is the case. Are we able to apply the same process to our relationship with artificial cognitive systems? Starting from a radical speculative scenario of human-artificial non-human relationship, this project invites us to assimilate the existence and coexistence with other non-organic systems within our own.

She focuses her practice on creative code and electronics, combining them with non-digital objects to create interactive projects often framed as experimental games and robotic installations. The interest of his projects lies in the social impact of technologies, proposing alternative ways of thinking about their applications and devices through art, focusing on critical thinking around artificial intelligence.

She has participated in international festivals such as Ars Electronica in Linz, Creative Tech Week in New York, Robotronica in Australia and FILE in Brazil, among others, and has exhibited at Catalan institutions such as the CCCB, Arts Santa Monica, Caixa Forum and Disseny Hub. She has been awarded with the Premi Nacional de Cultura de Catalunya 2021, with a Leonardo grant for Researchers and Cultural Creators of the BBVA Foundation 2018 and in other international calls such as Japan Media Arts Festival, AMAZE Berlin or Margaret Guthman Musical Instrument Competition (Atlanta). He has carried out artistic residencies at TAG in Montreal, QUT in Australia, Platohedro in Medellín, Medialab Prado in Madrid, Etopía in Zaragoza and D6 Newcastle. Recently one of his pieces has been incorporated into the .BEEP {collection;} of electronic art.